Munich was a short trip but packed with wonderful foodie experiences.  I had heard of the Christkindlmarkt (Christmas Market) that runs every year from end of November until December 24 but not of the Victualienmarkt (Victuals Market). 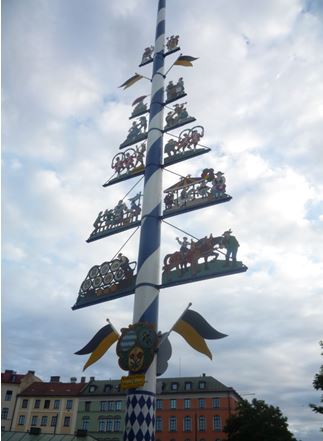 After my meal I ventured round the rest of the market.  I saw vegetables and fruits, delicious cheeses from everywhere of Europe, meats, sea food predominantly from Norway, breads, honey and products, herbs and spices.  It was a market to enjoy and linger around.  Home decorations were simply gorgeous as were Christmas decorations. It was a consumer’s paradise where choosing to purchase just one token was too hard.

In the local Bakerei the choice was enormous. There were delightful jammy hearts, croissants and pastries generically called ‘Butterkushen.’  Large triangles of puff pastry, like a slice of pizza but with the pointed end chopped off, had apricot jam topping with chunks of fruit and glace icing glaze.  They were crisp and moist and complimented the strong coffee I had chosen to offset the sweetness.

Pretzels are used as ‘pizza pretzels’ where the filling of melted cheese and other ingredients such as pieces of ham, stretched across the basic pretzel shape.  Easy to eat and carry round, these pretzels had a slightly sweet flavour alongside the saltiness of cheese and ham.

I needed to look at strudels.  I had tried to make these in pre-filo pastry days and always thought of them as special.  Apfelstrudel (Apple strudel) is of course, rather traditional in Munich and with very thin layers of pastry nestled against good moist stewed apple with cinnamon and plump sultanas it looked good.  Served dusted with icing sugar, warmed and with a runny version of English custard it did not disappoint.  It was a cut above the Apple fritters that had a wonderful German name but were rather disappointing in terms of flavour. ( It takes a gem to beat the flavour of Bramleys or Cox Apples from the UK)

Other pastries gave me ideas, such as the croissants with custard filling and glazed with sugar.  Definitely a possibility for experimentation in the kitchen once I got home.  ‘Snowballs’ were the pastry product that really amazed me.  My friend Mary bought them for exactly that reason.  She knew I would be fascinated.  They were strips of pastry biscuit cut with serrated pastry wheel and ‘scrunched’ (yes, scrunched!) into a ball. They were sweet, delicious and were about the size of a grapefruit.  I was intrigued as to how they became crisp and golden brown throughout.  I was not sure how it was cooked.  I thought perhaps they might be fried?  Some Snowballs were drenched with sieved with icing sugar, some rolled in chocolate glace icing and decorated with chopped pistachio nuts. In boxes of 3 they looked like a gift from heaven.  Thanks Mary!

Use salty and sweet together as it is a nice combination

Sausages can be boiled! 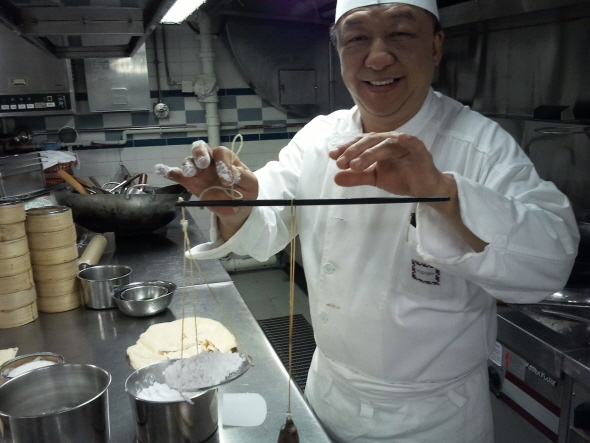 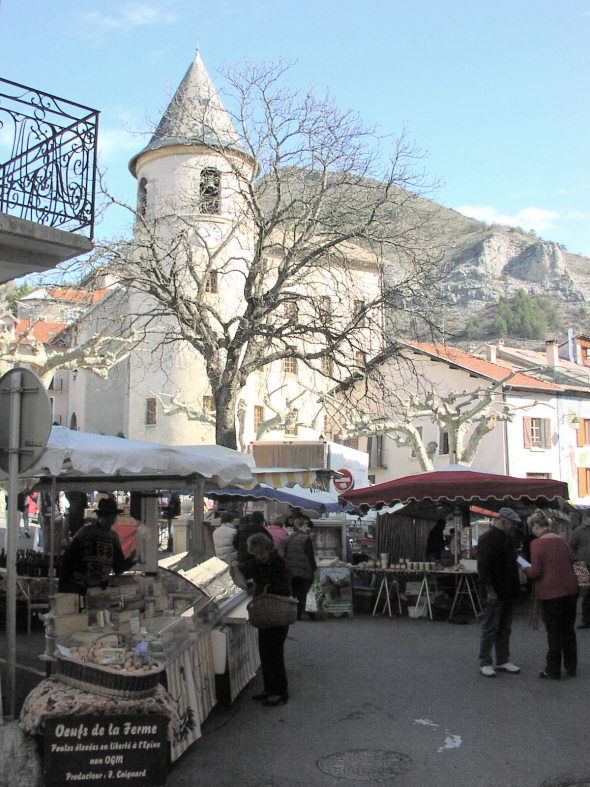 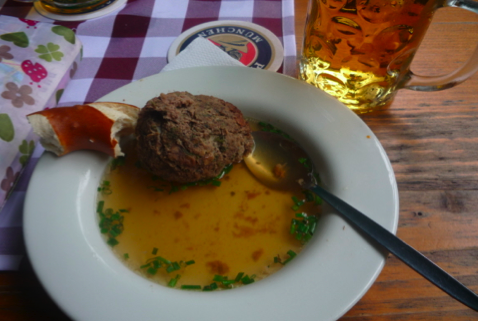